Take on a brand new Seasonal Campaign inspired by the legendary wars and heroes of Medieval France. Begin your campaign in the starting region of the Borderlands, and keep the Loegrians at bay from glorious Pays-de-la-Gloire. Do battle in twice-weekly Territory Wars with your House, complete Stages, and keep the faith during the final struggle in Augolia at the end of the Season.

North of the Great Isles of Loegria and Aelba lies the glorious kingdom of Pays-de-la-Gloire. Created from the ruins of the old Empire, this rich and fertile land is broken up by numerous rivers and mountain ranges, and shares borders with many lands.

Pays-de-la-Gloire is also home to decadent industry; from mining to winemaking, tapestry-weaving to shipbuilding. It is this affluence that causes its neighbours to look on with jealousy, and where trouble begins to brew.

While the Highlanders of Aelba stand strong on the shoulders of their defeat of Loegria, the vanquished ruler, King Edmund, is planning a way to heal his fresh wounds, and has set his sights on the magnificent Pays-de-la-Gloire, and its leader Robert IV…

But against this injustice, paragons of virtue stand with banners firmly planted, stout hearts beating defiantly, and horses rared. Knights and healers alike are ready to face any threat, spurred on by a fearless warrior-seer, Gabrielle-Mäelys, who is determined to make her vision of victory a reality.

May 2: Usurp the Thrones - Turul Varos

Recruit three new Seasonal units inspired by the chivalric champions of France, and comprised of the most devoted paragons in the realm:

Historically, the field of alchemy isn’t wholly concerned with the school of healing, except for an off-shoot field of study known as spagyrics. This alchemical preparation of medicines originated in the 16th century and was spearheaded by the physician, alchemist, and philosopher Paracelsus. Combining nature and science, spagyrics are alchemically crafted to produce a highly potent medicine, perfect for quick fixes to troops on the front.

Alchemists are the second all-female unit in Conqueror’s Blade and a unique healing support class, and specialise in saving allies rather than fighting enemies. Armed with an encyclopedic knowledge of alchemy, these valiant women of the Spagyric Order of Mercy swoop in to tend to bleeding allies and apply healing effects.

In this time of uncertainty in Pays-de-la-Gloire, the members of this medical institution have volunteered their expertise to bravely heal the wounded on the battlefield. With only small knives at their disposal to protect themselves from enemies, their alchemy can be handy in other ways, such as for laying down temporary smokescreens that block foes’ vision and apply debuffs.

The Banner Guards are inspired by Joan of Arc’s knights who carried their banners high in the siege of Orléans. Flags were an important symbol of ancient warfare, used not just for regimental communication between sets of troops, but also as a morale booster, and a reminder of just what these armies were fighting for. Distinctive banners have been used for centuries throughout the world. Joan’s flags were white and featured the iconic fleur-de-lys to symbolise purity.

Banner Guards feel privileged to carry the banner for their leaders in Conqueror’s Blade. These veteran soldiers are skilled in a variety of weapons, including swords, axes, and hammers. When commanding them, you will be equipped with a unique ability: charge with your Banner Guards, regardless of any cooldowns active on the unit.

By bravely planting their banner, the unit applies attack damage and defensive buffs to surrounding troops, rallying weary allies to renew their efforts.

However flexible and aggressive the unit may be, they do have one weakness. The soldier carrying the banner is vulnerable, and his loss will force the Banner Guards to regroup and summon a new standard-bearer.

Historically, cavalry units can turn the tide of battle, and the Chevaliers are no exception to this rule. During Joan of Arc’s triumphant campaign during the Hundred Years’ War, soldiers on horseback were responsible for breaking through enemy units to access blocked roads. Heavy cavalry was considered the most powerful of the forces used in the conflict, but tactics were soon developed to deal with the laboriously armoured steeds.

Chevaliers are lavishly equipped and powerful, and these noble-born men look down upon those around them with arrogance.

Fitted with a new ‘retinue’ mechanic, they can command units of their own, who must faithfully answer the summons, whether they be peasants, infantry, or cavalry.

Their horses enable them to make devastating charges, and if anyone is still left standing after that, the Chevaliers can ruthlessly finish them off with their mastery of close combat.

As Loegria approaches the city of Aurelian, the people of Pays-de-la-Gloire must stand firm on the fronts of La Grande Gloire, or risk a terrible defeat.

Inspired by the Siege of Orléans (October 12, 1428 – May 8, 1429), where heroine Joan of Arc led the French army to victory, this new map challenges players on each side to use architecture to their advantage. When the English were at their strongest, Orléans was the key city that held symbolic significance of the power struggle between the two nations. Bridges were destroyed in order to protect the occupied city, and before fixes could be deployed, extra French troops arrived to storm into battle. 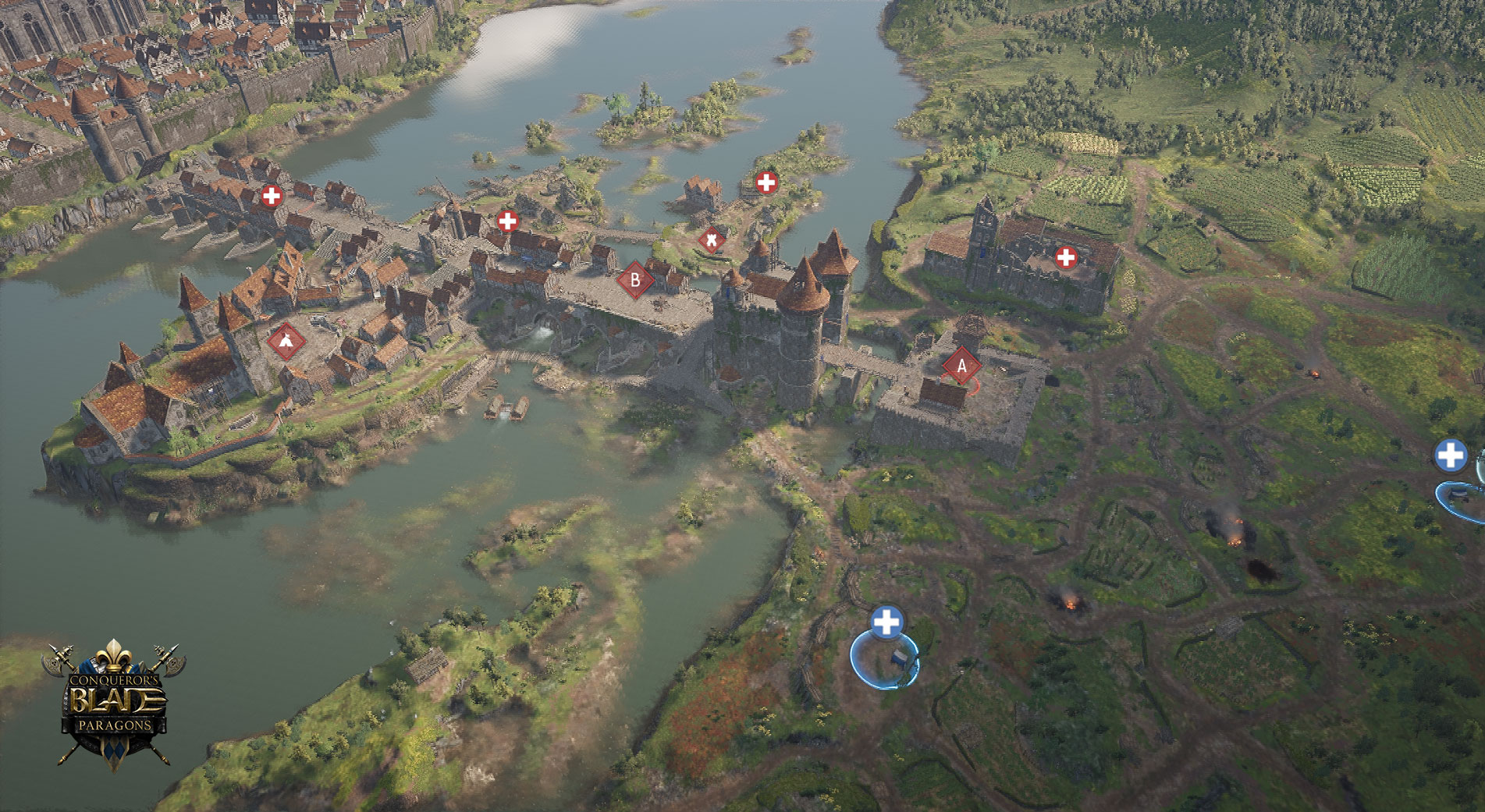 This new 15v15 Siege Map for Conqueror’s Blade: Paragons invites Warlords to defend or attack the city, where rebuilding or destroying bridges is critical to success for either side. These quick fixes also apply to artillery, which can be regenerated to destroy targets whether attacking or defending.

Pre-purchase the Paragons Battle Pass to earn exclusive in-game rewards now and when Conqueror’s Blade: Paragons launches. The following instant rewards are only available when you pre-purchase the Battle Pass in-game or from MY.GAMES Market before March 17:

Earn over 100 levels of rewards from the Battle Pass in Conqueror’s Blade: Paragons, including all-new and exclusive cosmetics, Emotes, currency to exchange for new Weapon Skins, and so much more. The highest honour sits at Tier 100, and is only for the most devoted of revolutionaries—The Ordre du Pucelles Hero Attire. You’ll receive the Ordre de l'Aigle Attire straight away when you activate your Battle Pass on March 17!

Steel yourself for more information on Conqueror’s Blade: Paragons over the coming days and weeks before its launch on March 17. Get the latest news by subscribing to the official newsletter and following Conqueror’s Blade on Twitch, Facebook, Twitter, Instagram, and Discord.

Conqueror’s Blade is now available to download and play for free on Microsoft PC via MY.GAMES and Steam! 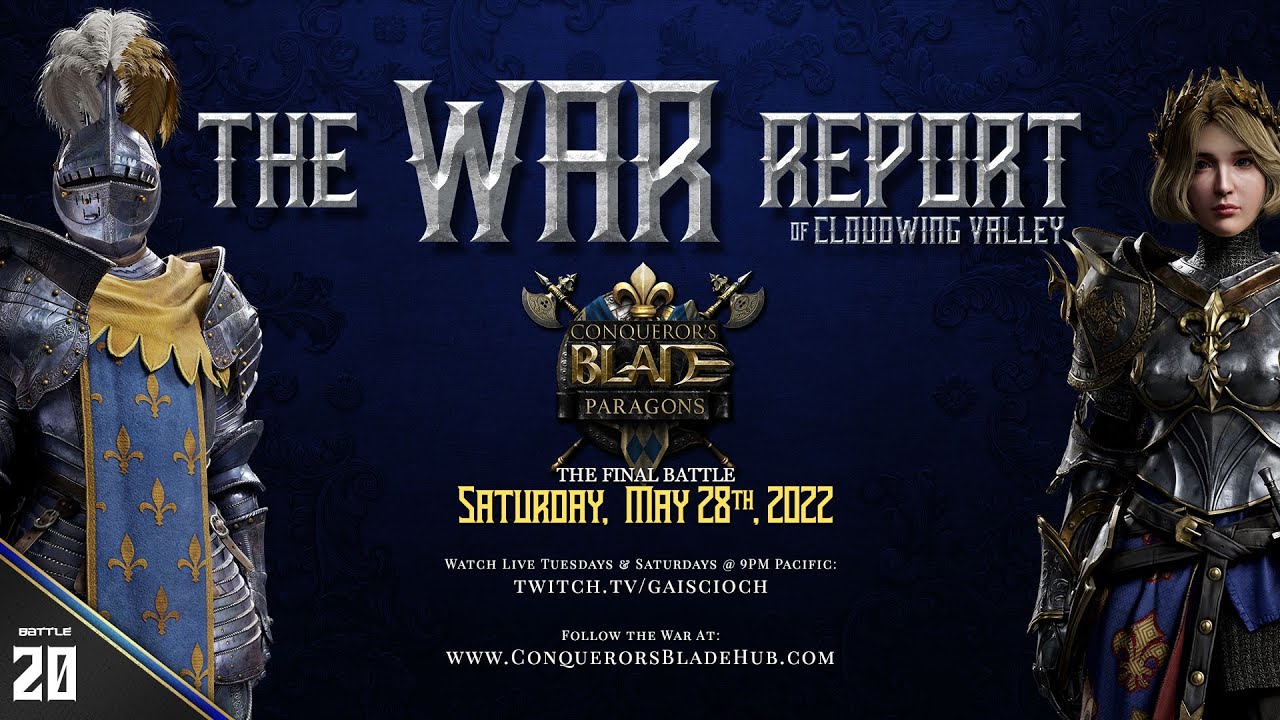 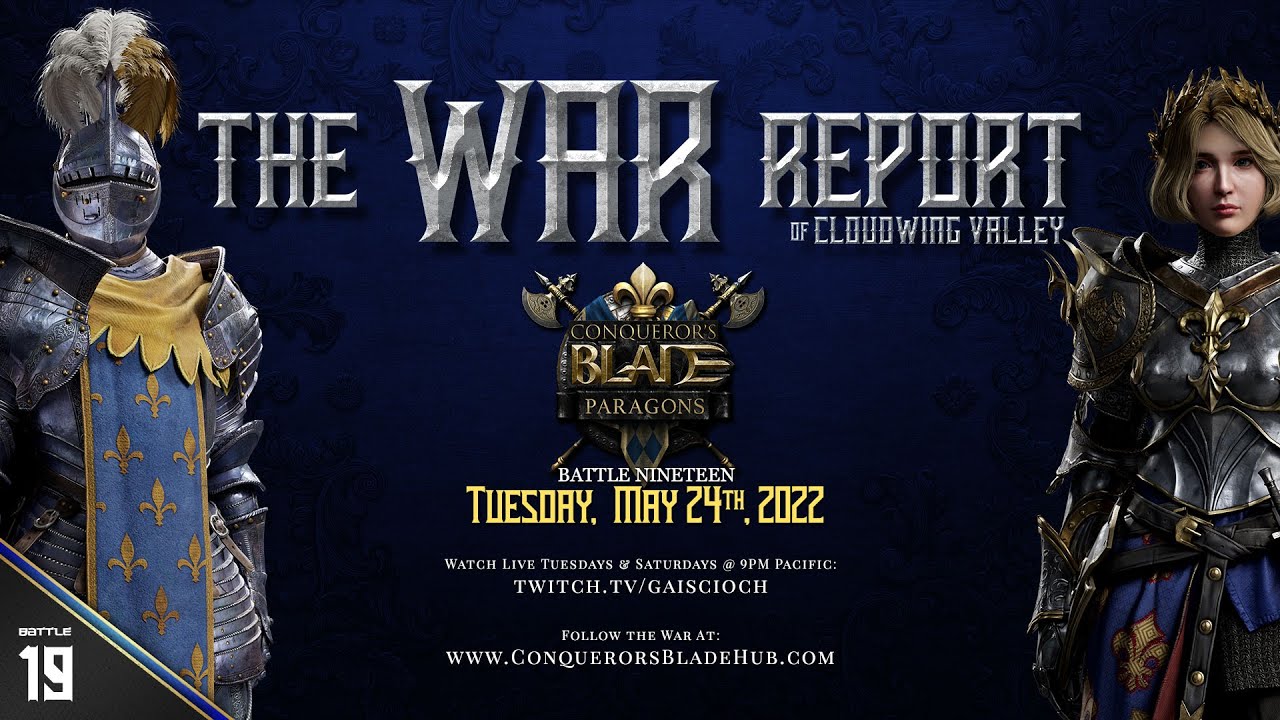 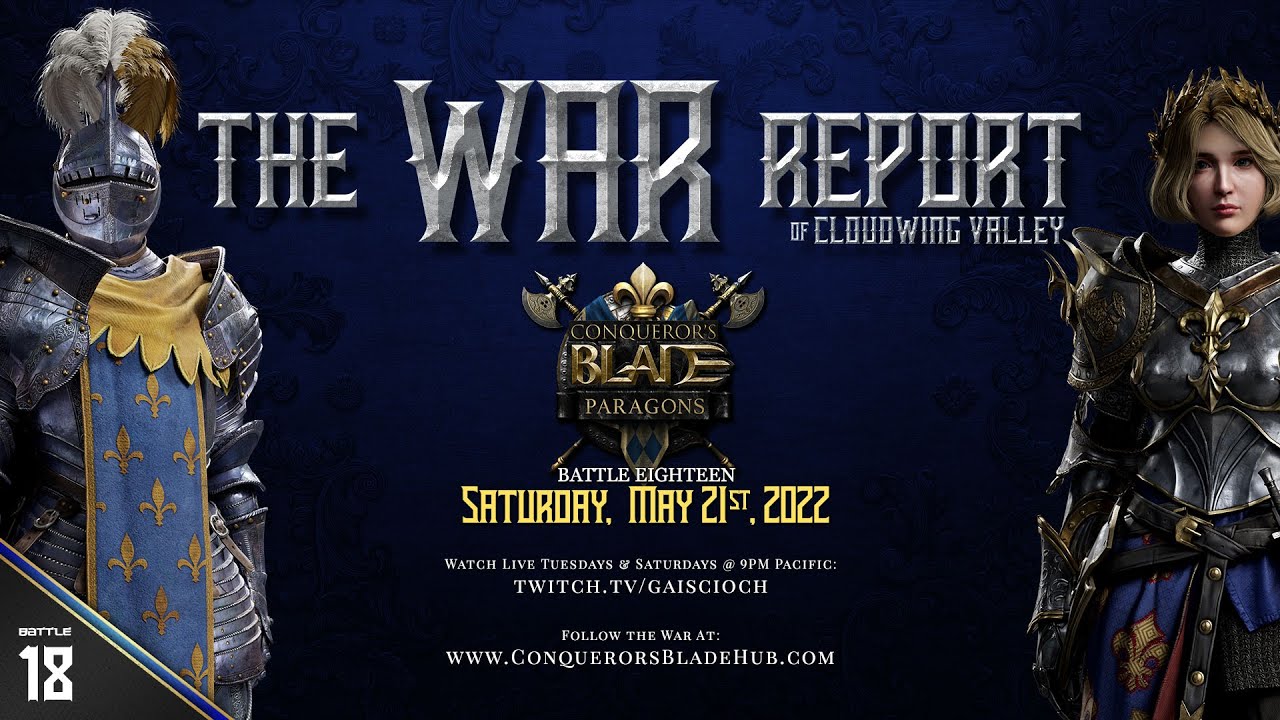 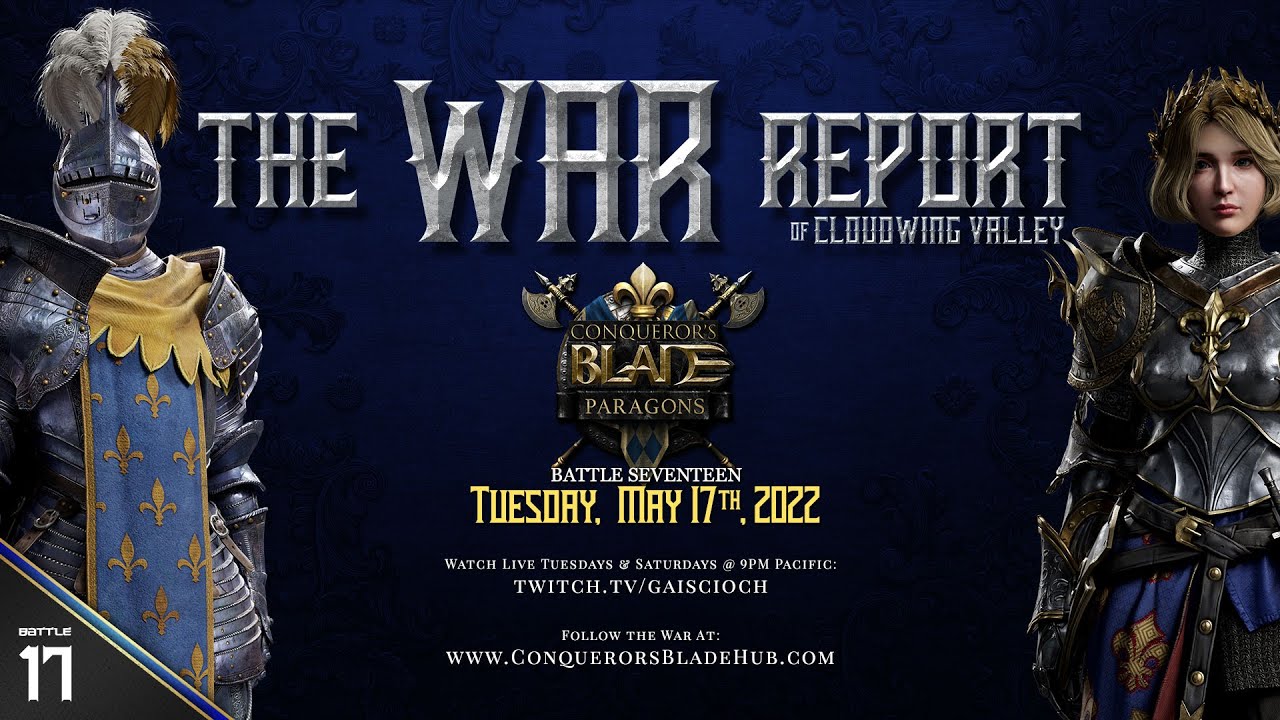 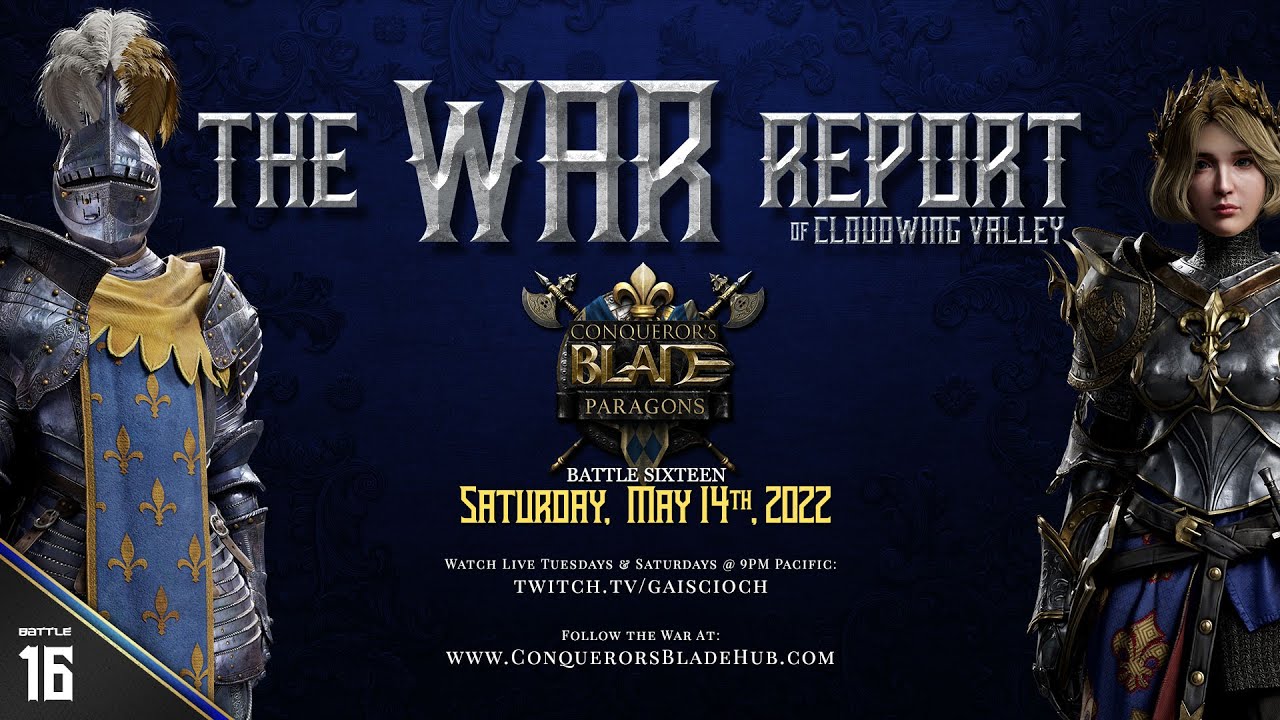 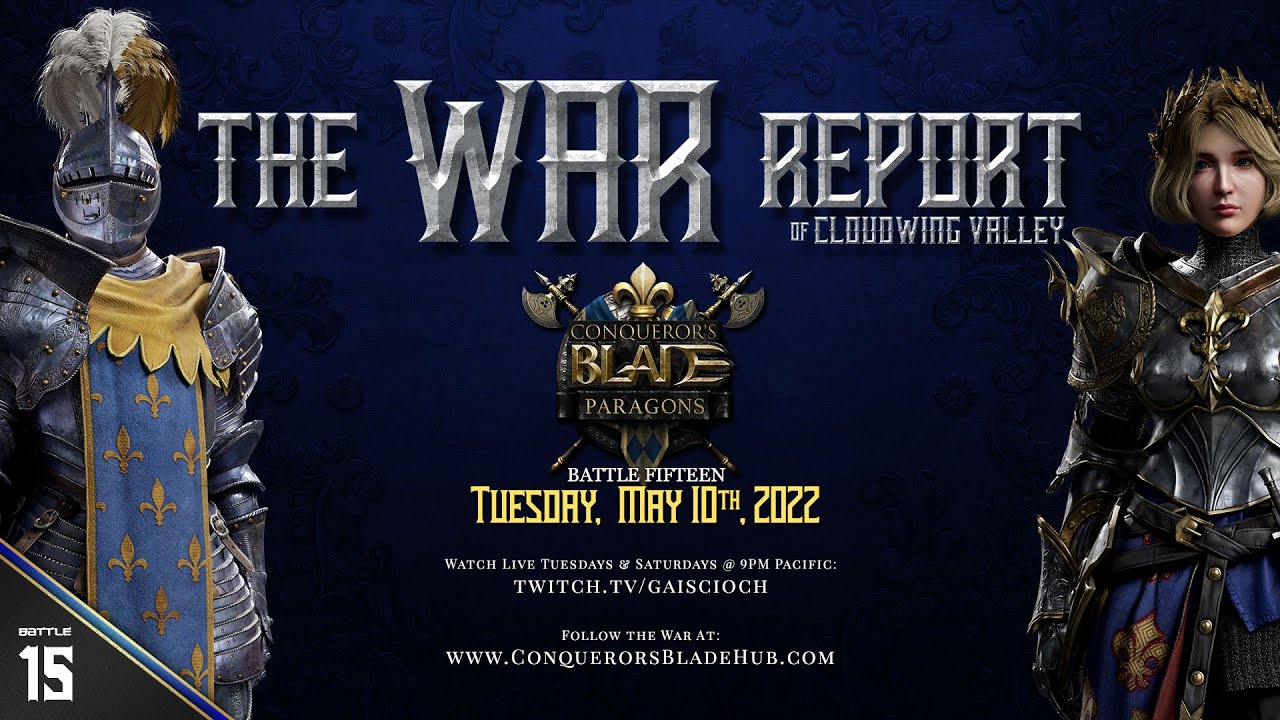 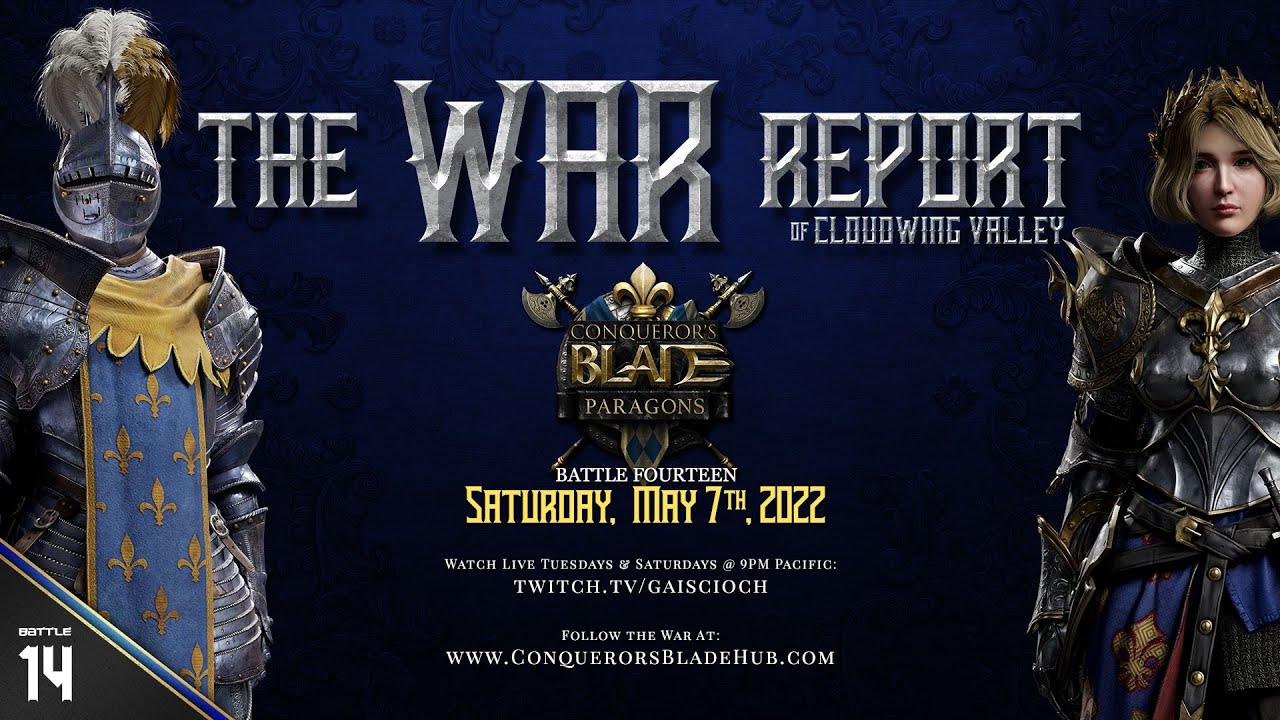 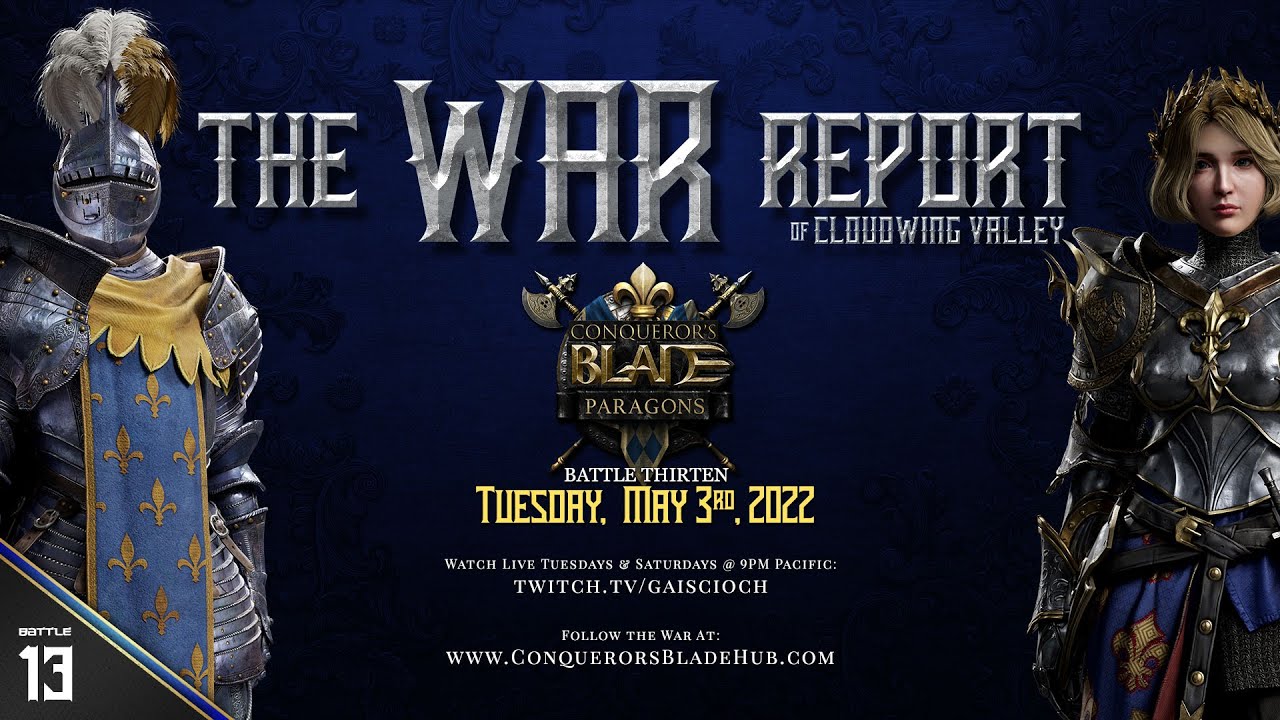 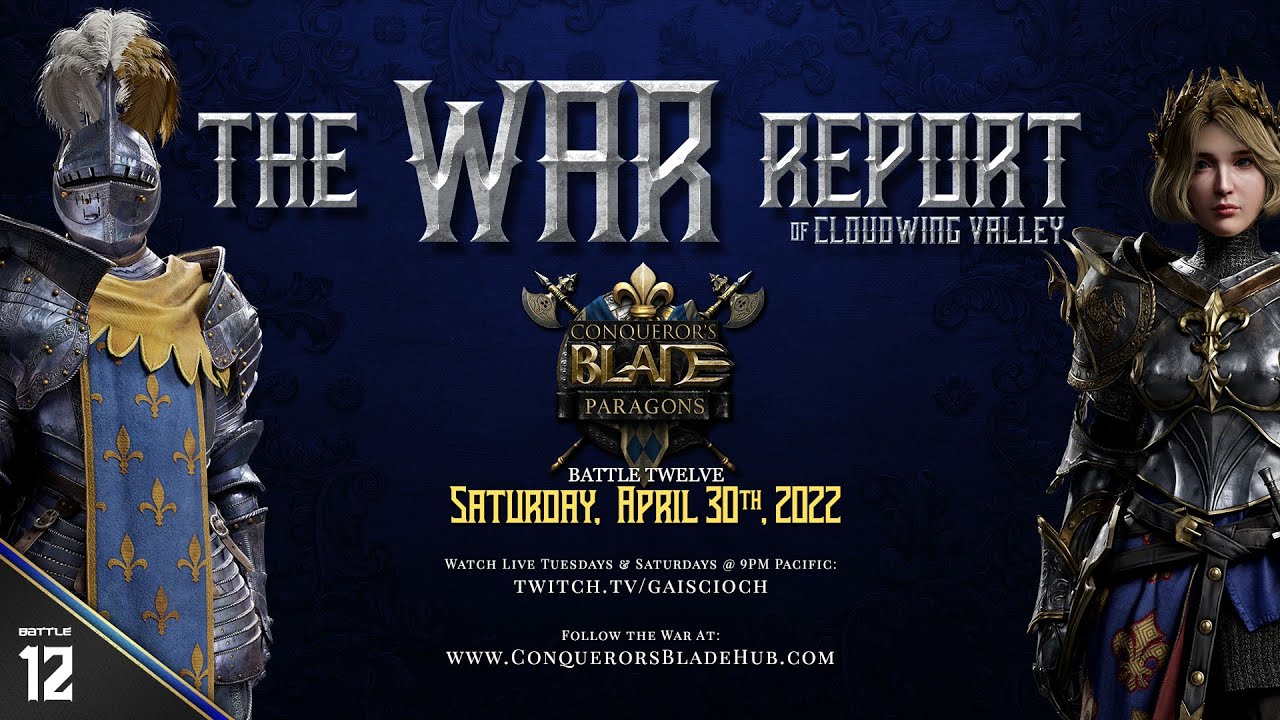 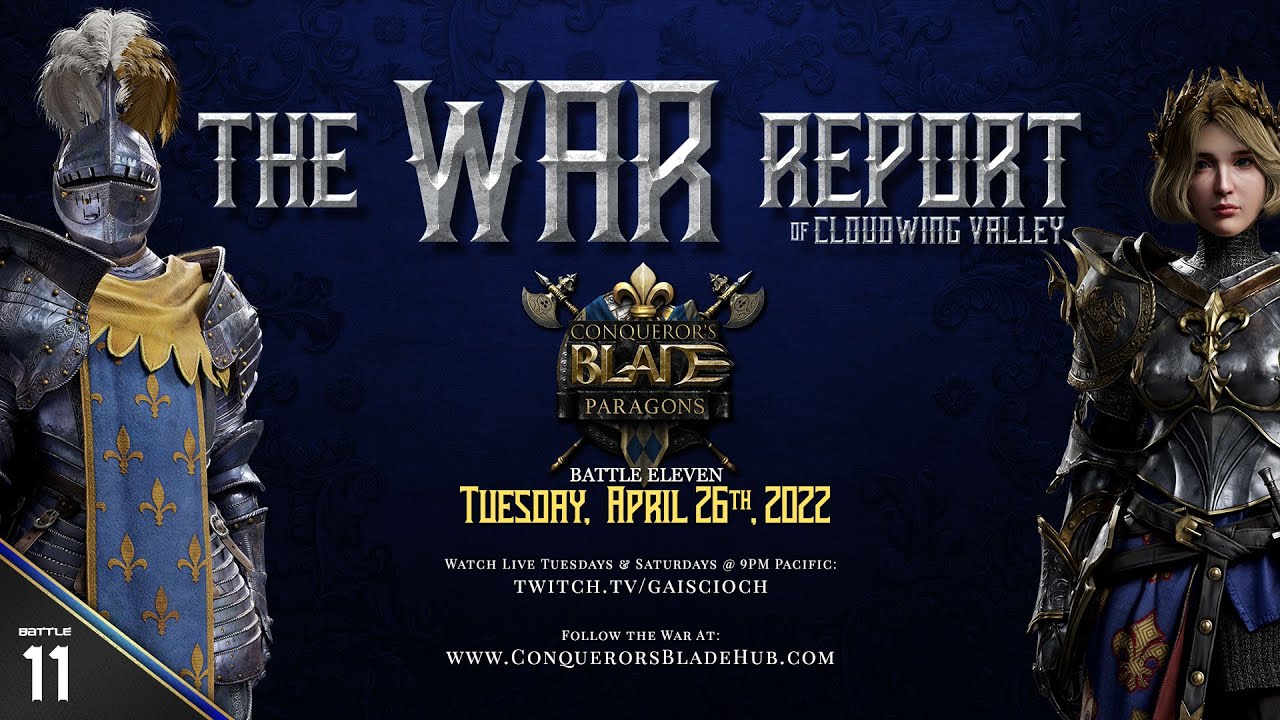 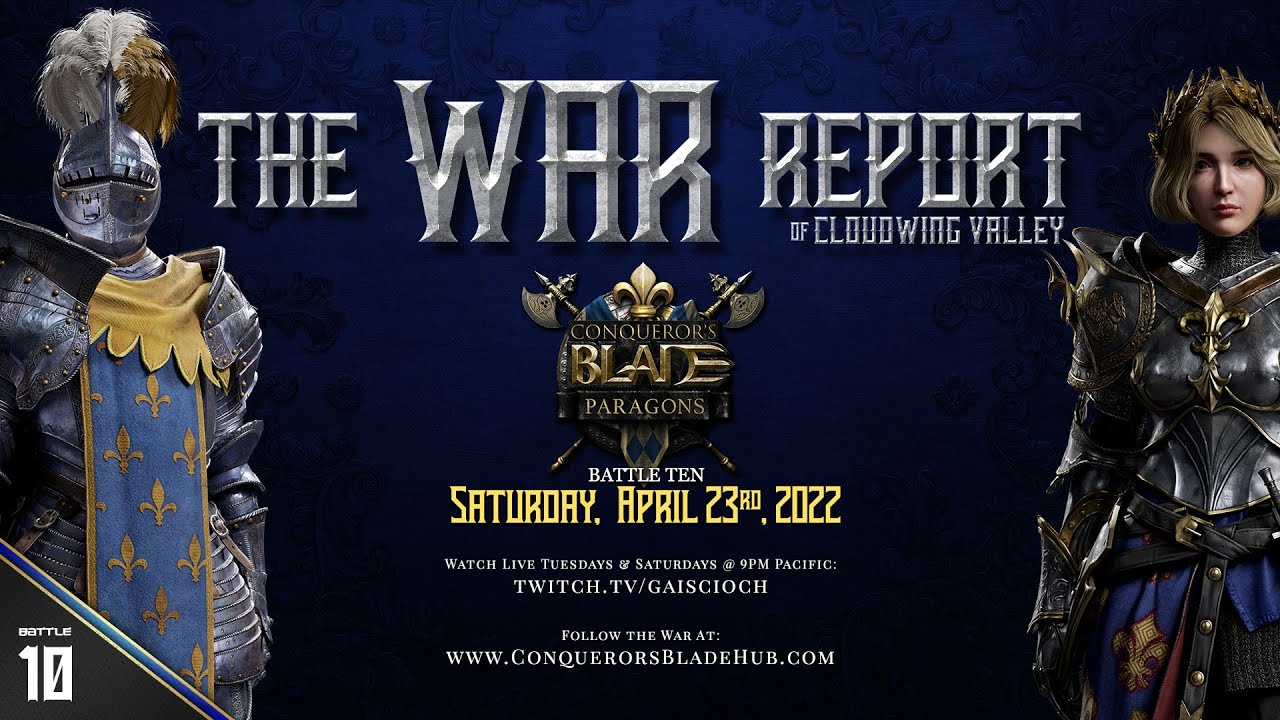 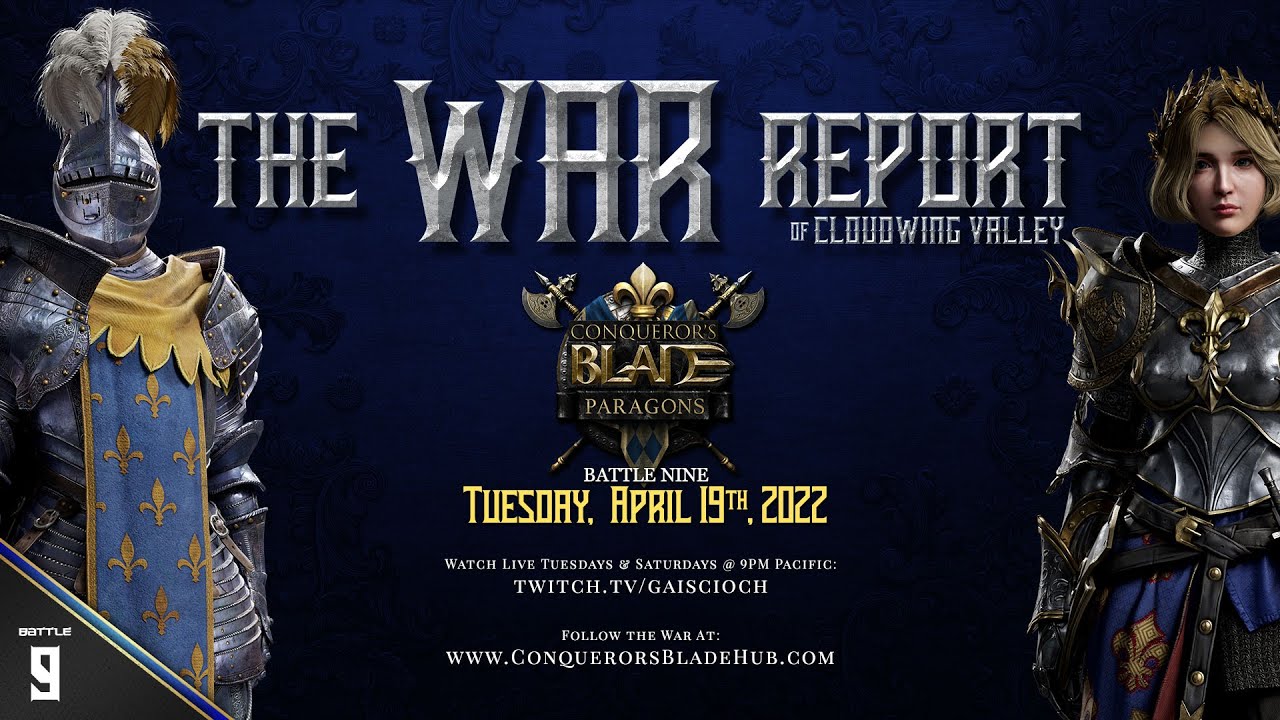 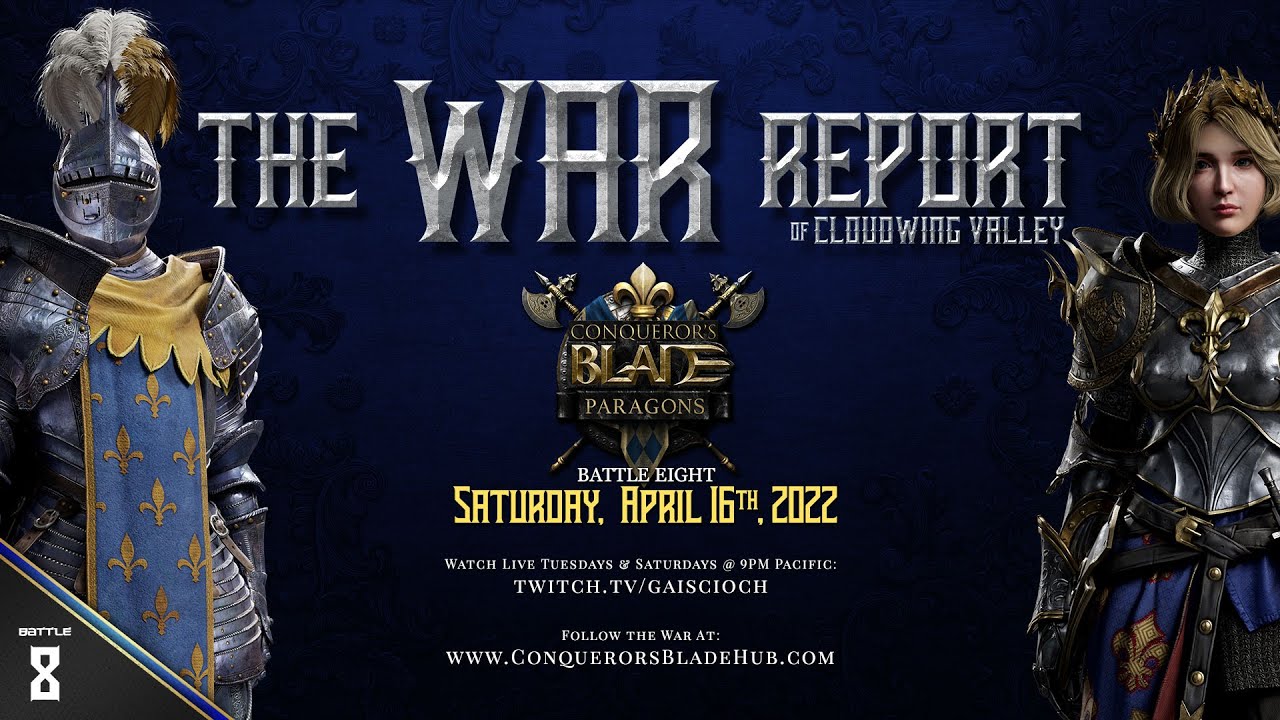 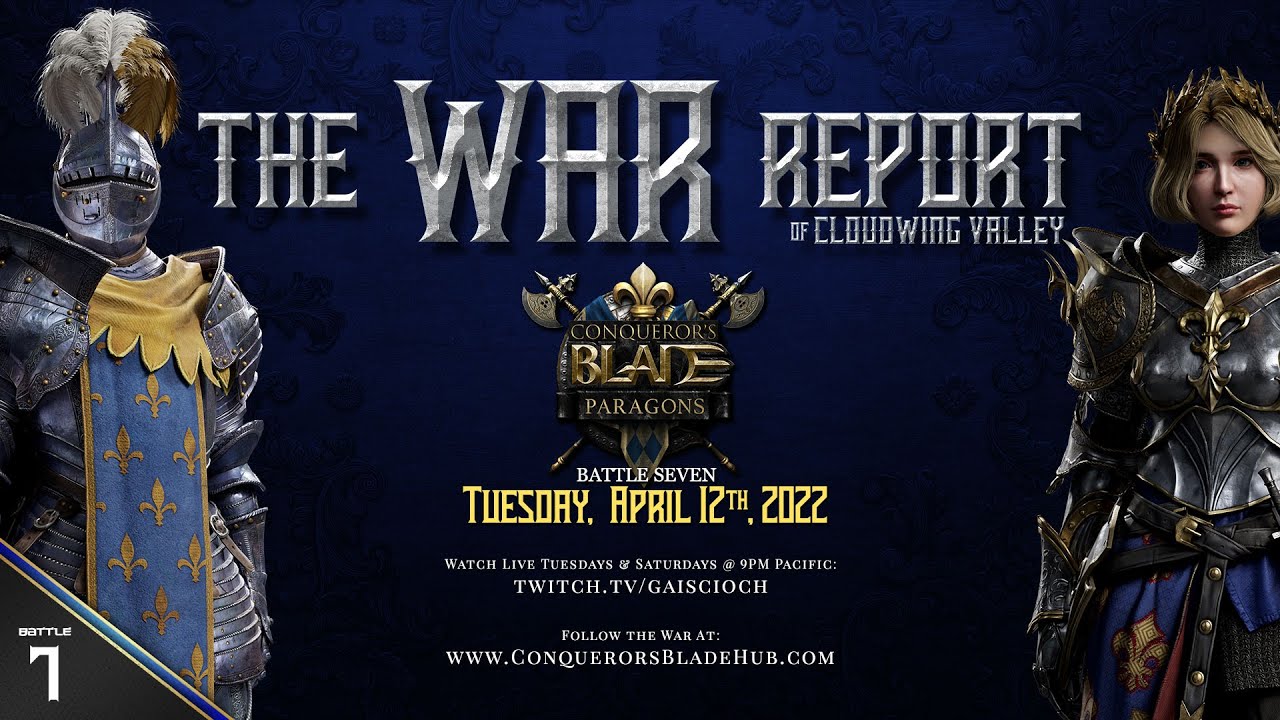 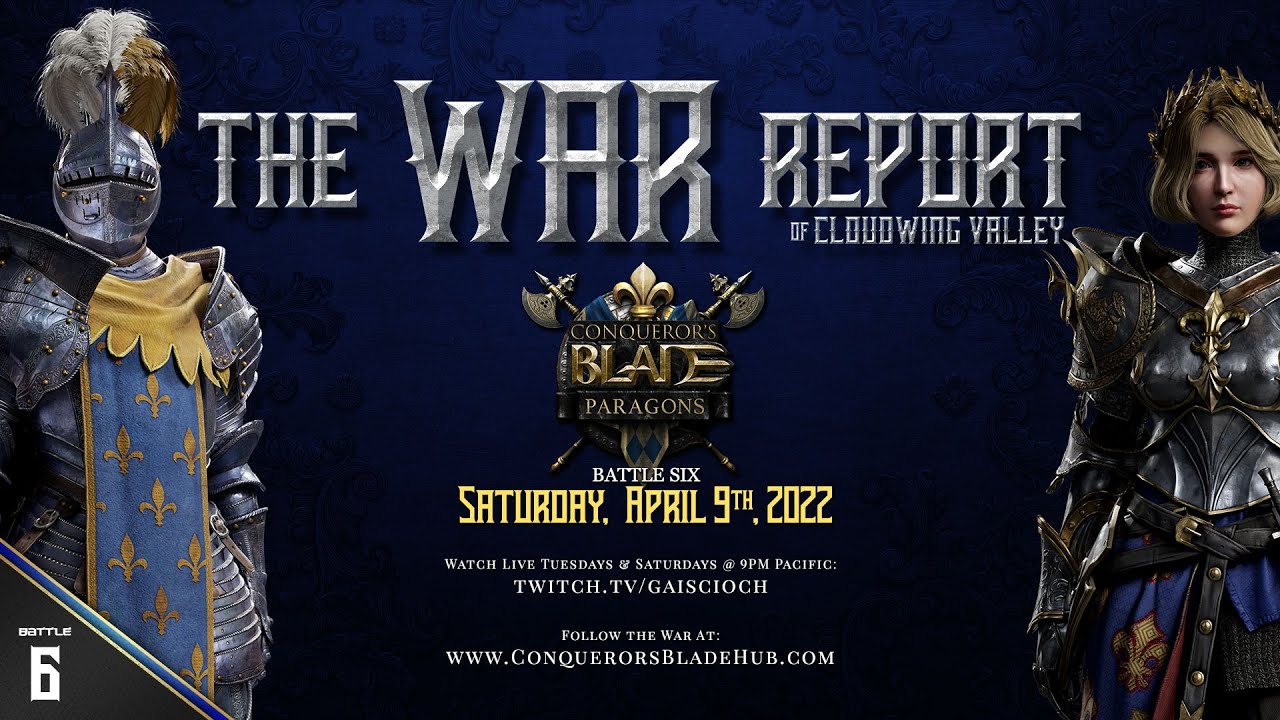 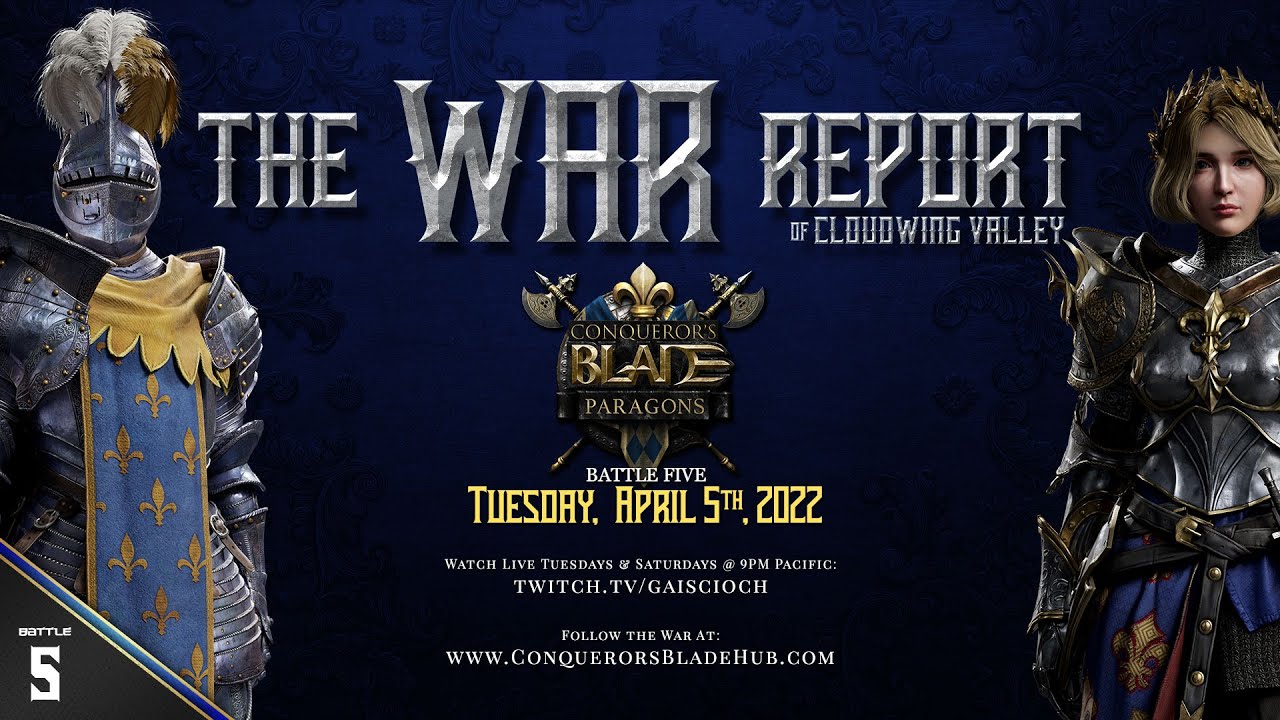 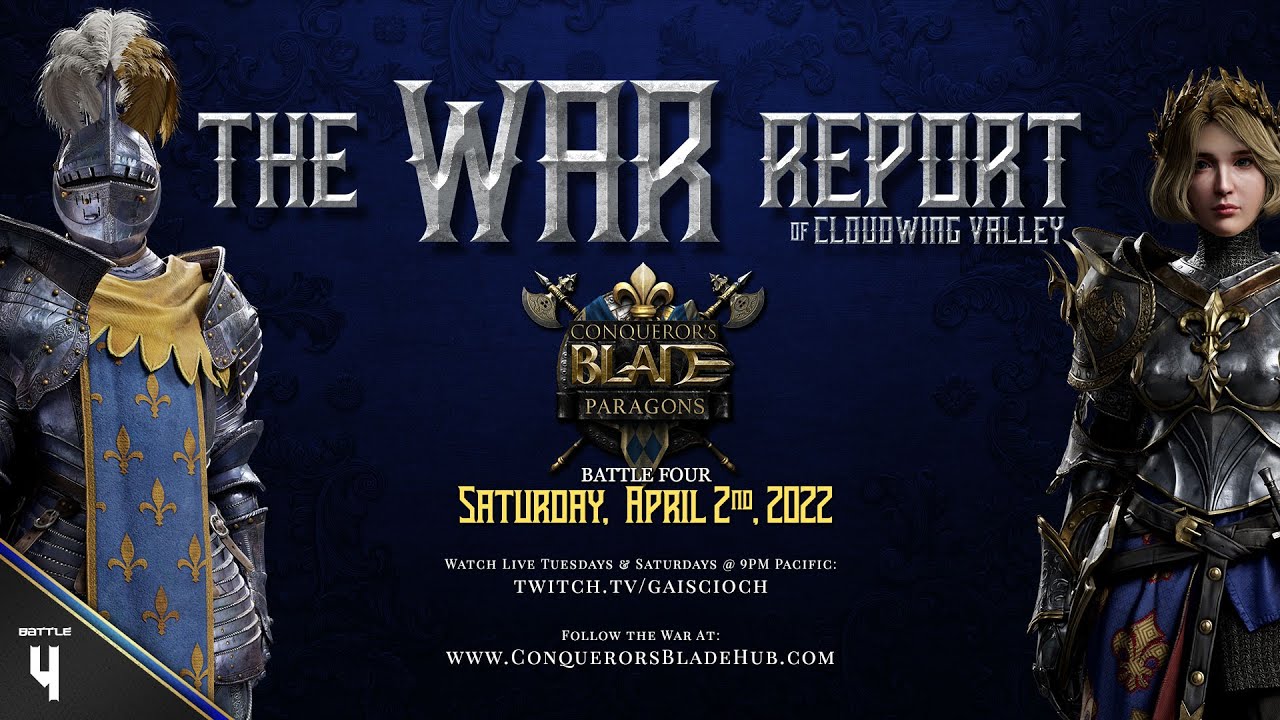 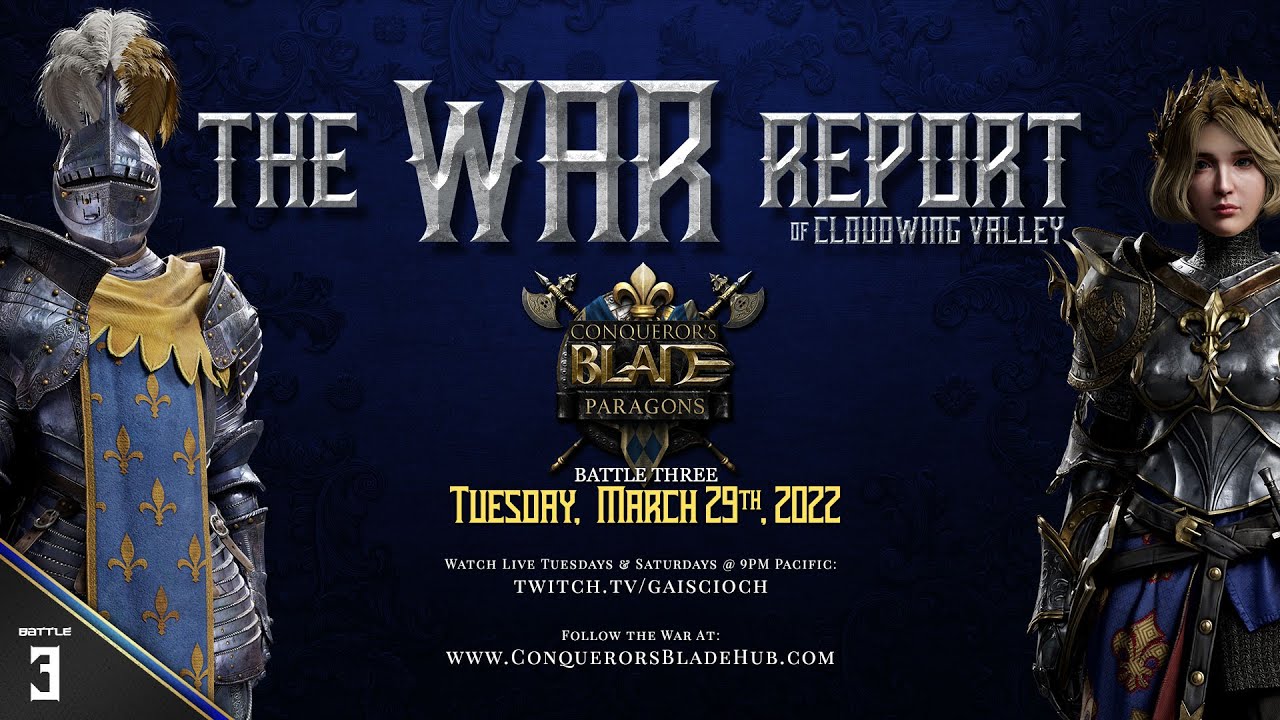 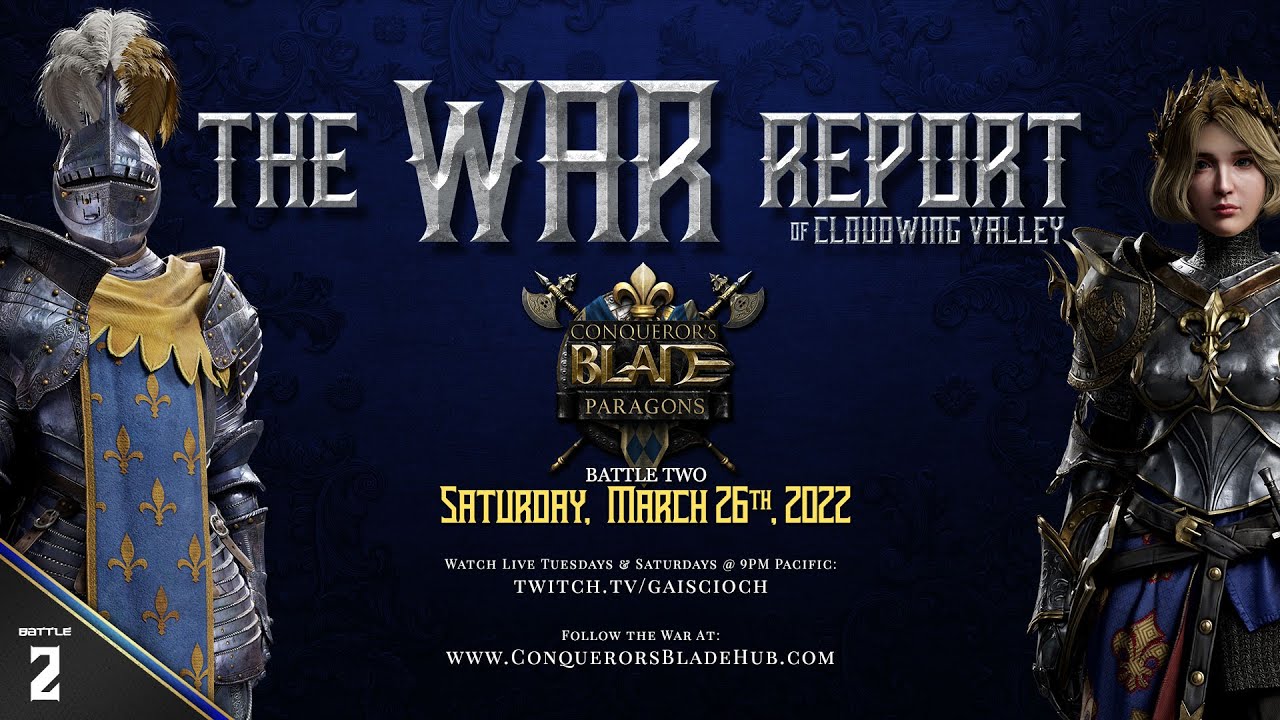 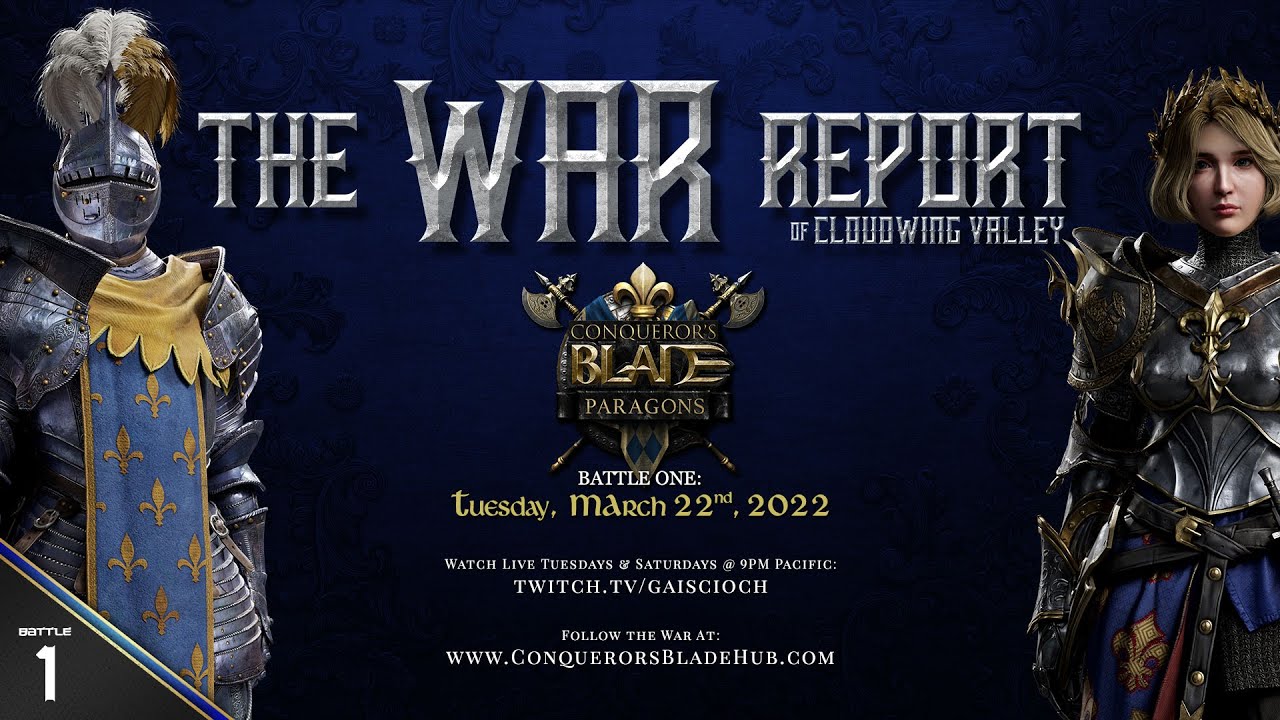