Launched in the fall of 2019, Conqueror's Blade Season 1: Seize the Crown brought a new limited-time event to the game. Season 1 also received a pre-season patch that unlocked genders from weapon classes, brought a significant graphics and UI overhaul, and added cinematics to the game.

Season I introduces the Battle Pass, a new progression system where you can complete new challenges every week to earn season-exclusive cosmetic items. The Battle Pass contains 200 tiers of rewards, including chests, currency, and exclusive cosmetic items, which can be accessed by completing challenges, earning Glory, and levelling up! Some of the rewards can be unlocked free of charge, but other reward tiers will require an in-game purchase of the new Battle Pass (available for 1,000 Sovereigns from the in-game store) in order to access them. 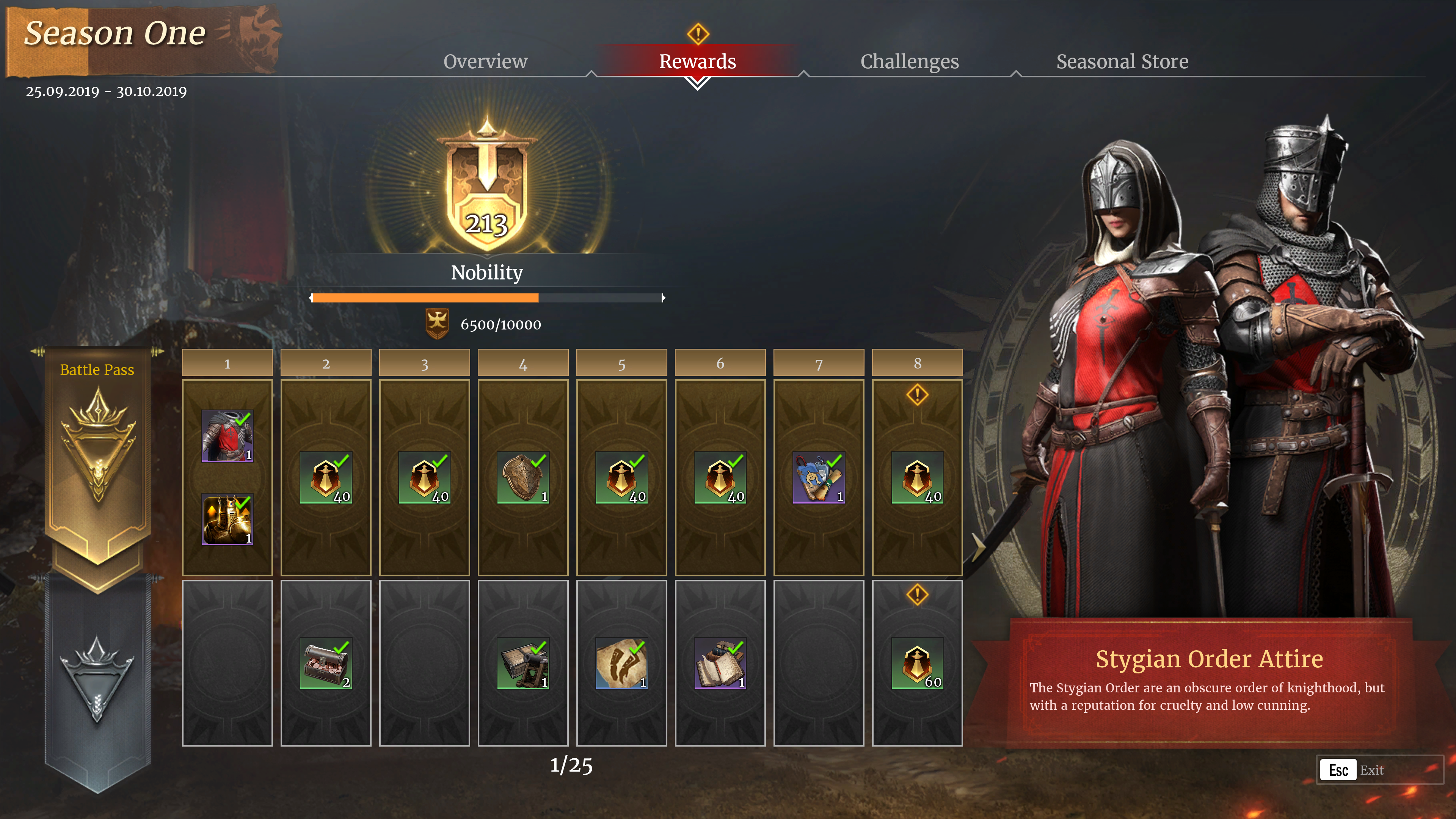 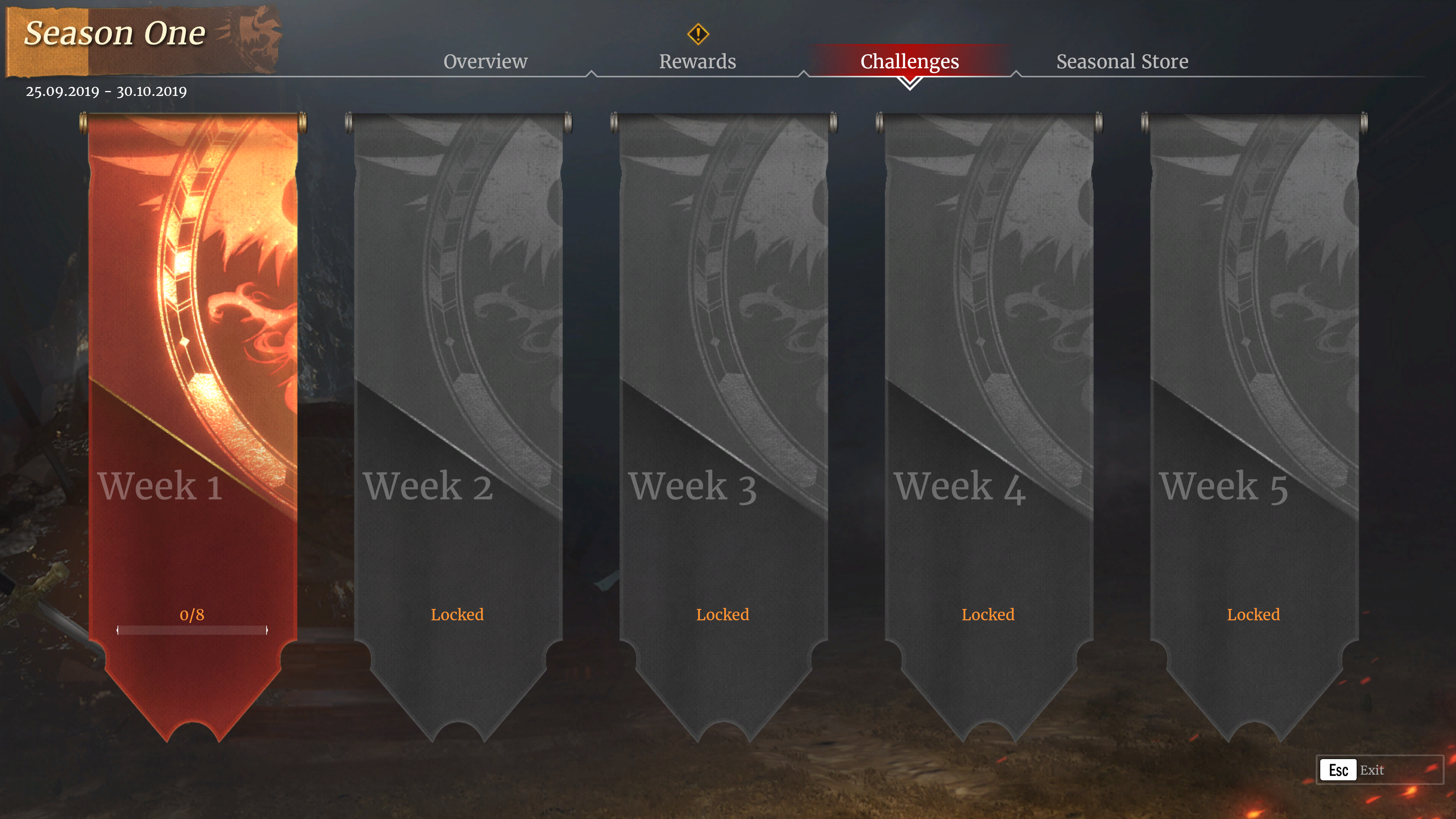 This first season has a royal theme, and you’ll be able to earn a king’s ransom of regal items through regular matchmaking and special weekly challenges. From epic armour to exquisite barding, these new cosmetic items are fit for a king or queen! Some items can be purchased from the Seasonal Store using Conquest Tokens earned through the Battle Pass, so be sure to check out the full selection. 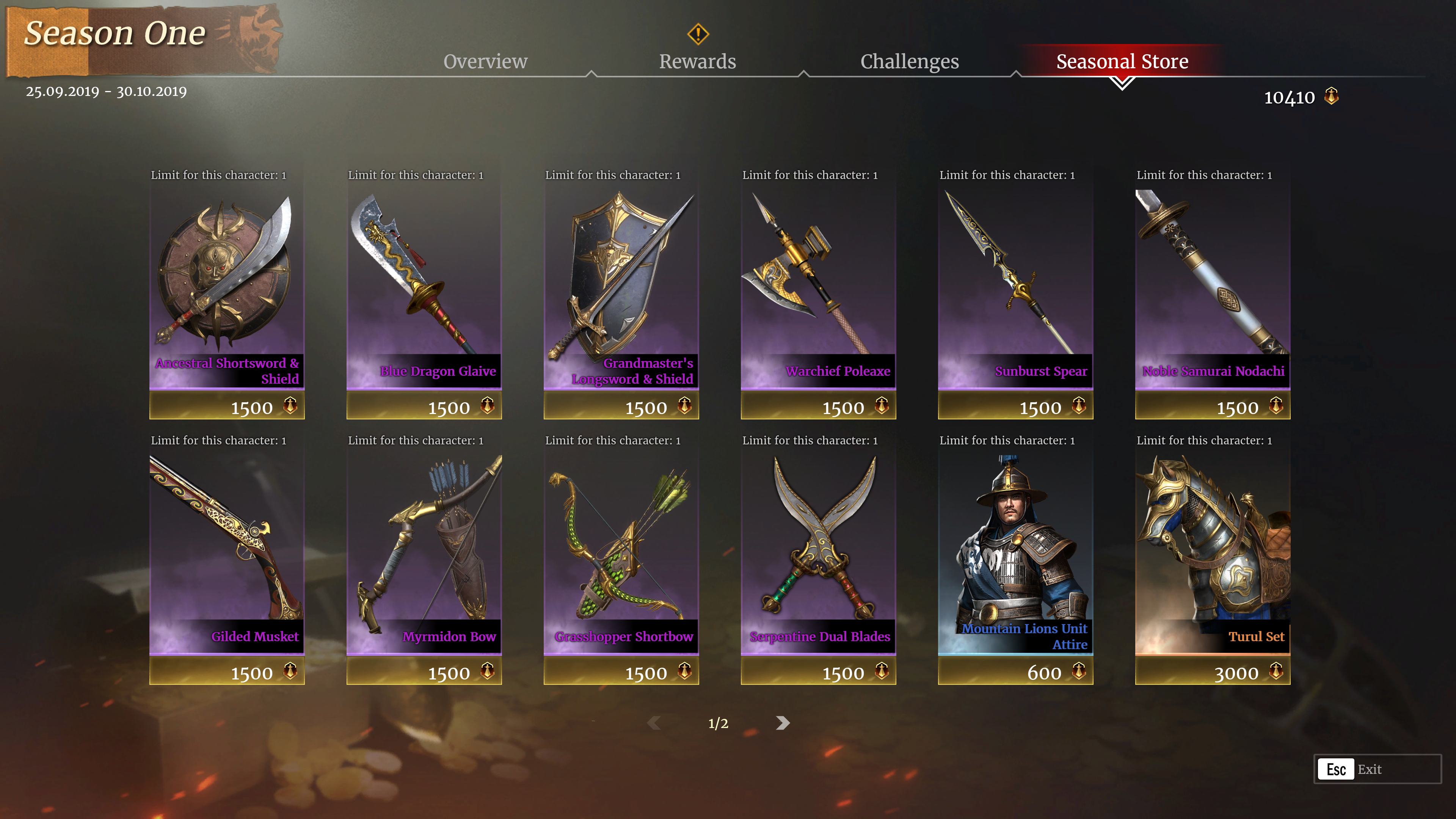